The Lard d’Arnad D.O.P. is a typical product of Aosta’s Valley, that is characterized for the sweetness of its meat and his mountain’s flavours.

The Lard d’,Arnad is produced from the shoulders of pigs form Valle d’,Aosta, Piedmont, Lombardy, Emilia Romagna and Veneto. It is correctly degreased and put to stand in some special containers called doils, traditional boxes made of oak or chestnuts' wood. Inside them the lard rests for three months, every layer of lard is separeted from the others by a layer of herbs and spices mixed with water and salt. During those months the product reach its maturation and acquire the smells and the flavours that characterize it.

Advice for use:
Conserve in fridge between 0°,C and 6°,C, better if it is unpacked 15 minutes before the consumption.
After the opening, it is better to conserved it wrapped in plastic or aluminium film. 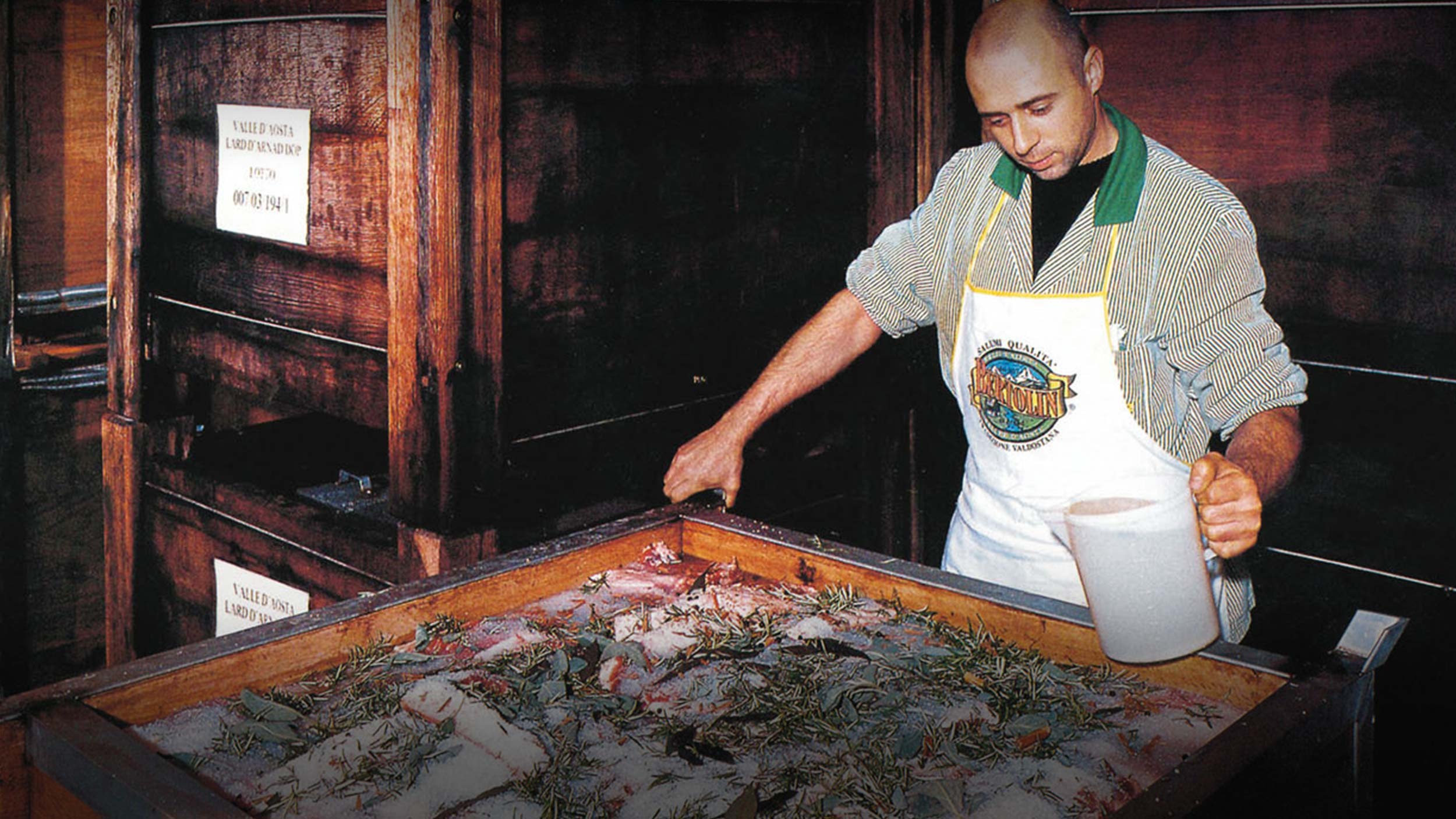 The Maison Betolin is one of the most important and incisive food shops of the Aosta Valley.