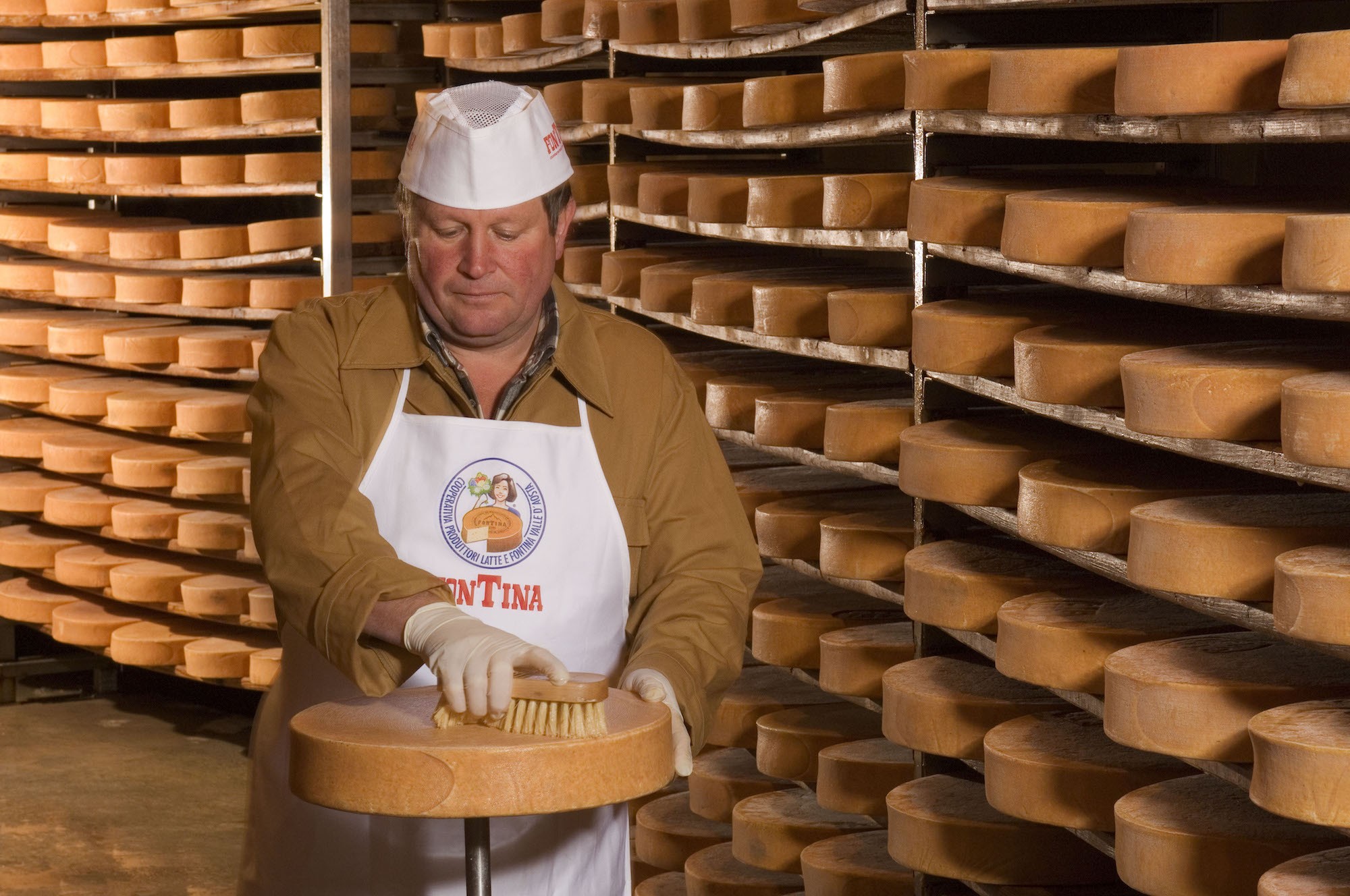 Cooperativa Produttori Latte e fontina was founded in 1957 with the aim of collecting, ageing and marketing the par excellence agricultural product of the Aosta Valley: fontina PDO. There were 46 founding members initially, which have today risen to 200 including private companies, cooperative cheese factories, dairies and pastures. The cheeses delivered by the members in 1958, the first year of operation, were less than 40,000, while today this number has increased to approximately 300,000.